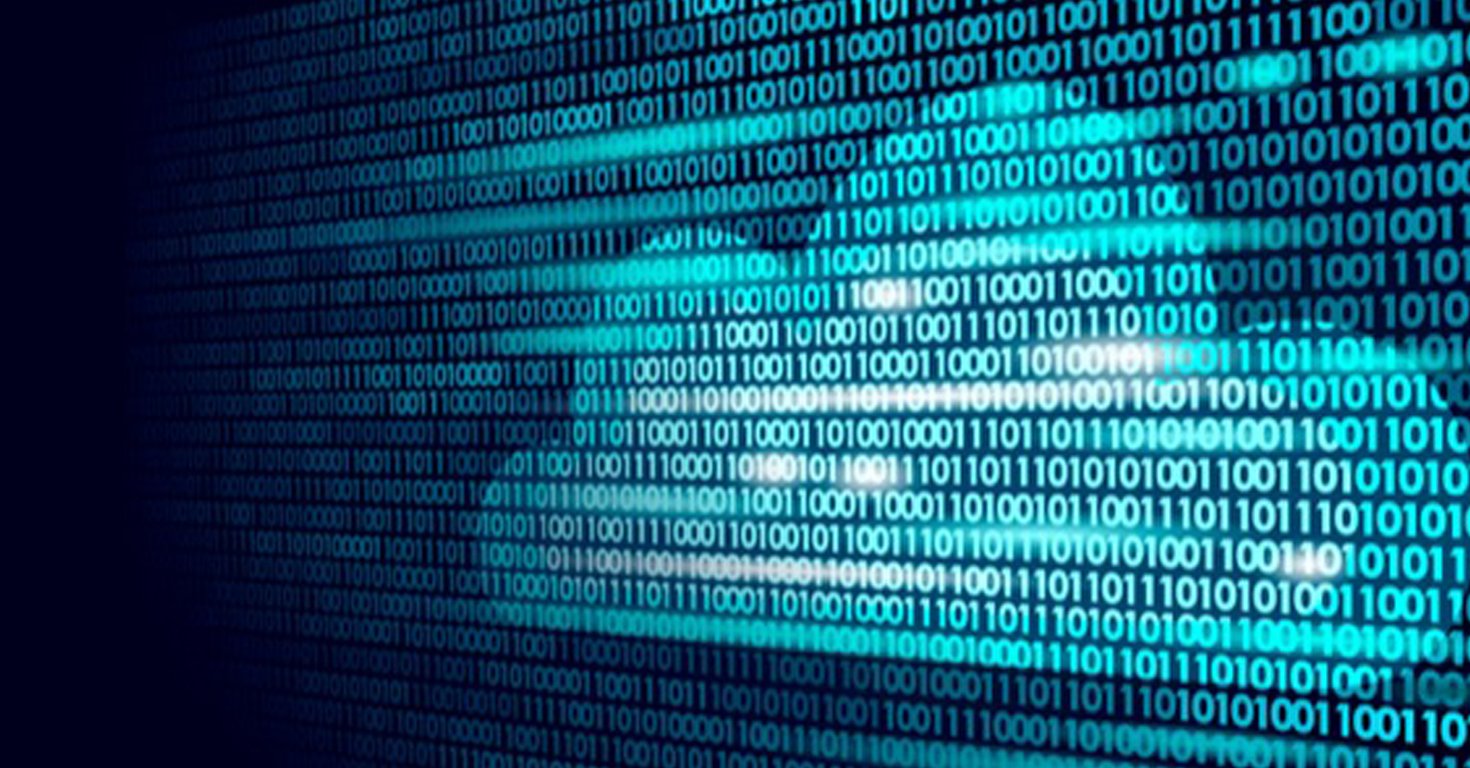 Their new advertising campaign is entitled, “Work as One.”

Obviously, that caught my attention.

This chapter is not about Box per se, but about the incredible power of technology to improve alignment. An entire book could be written about this, but I will cover some of the highlights in One Chapter.

As part of the research for this book, I interviewed many software company executives, who provided insights that were extremely helpful. These companies literally go from A to Z, so I would like to thank them in alphabetical order:

These companies are leveraging their technology expertise to solve the alignment problem. (I love how Zoom describes their value proposition, “More Teams. Less Work.”)

As we explained in the One Generation chapter, technology has changed the world. In addition, cloud-based tools have enabled cloud-based companies to change the rules of business. For example, Automattic and Zapier are 100 percent virtual. (Another A to Z!). These companies invest in cloud-based technologies in lieu of office space to create alignment.

Most companies, however, have a hybrid model. Some of their employees are in physical company offices, others are full-time teleworkers, and others are road warriors whose office is often a Starbucks or an airport lounge.

Whether your company has One Person or One Million, aligning everyone—and everything—is mission-critical. These new cloud-based tools provide a great new way to do it.

I strongly recommend that you contact these companies to learn how technology can help your team “Work as One.” 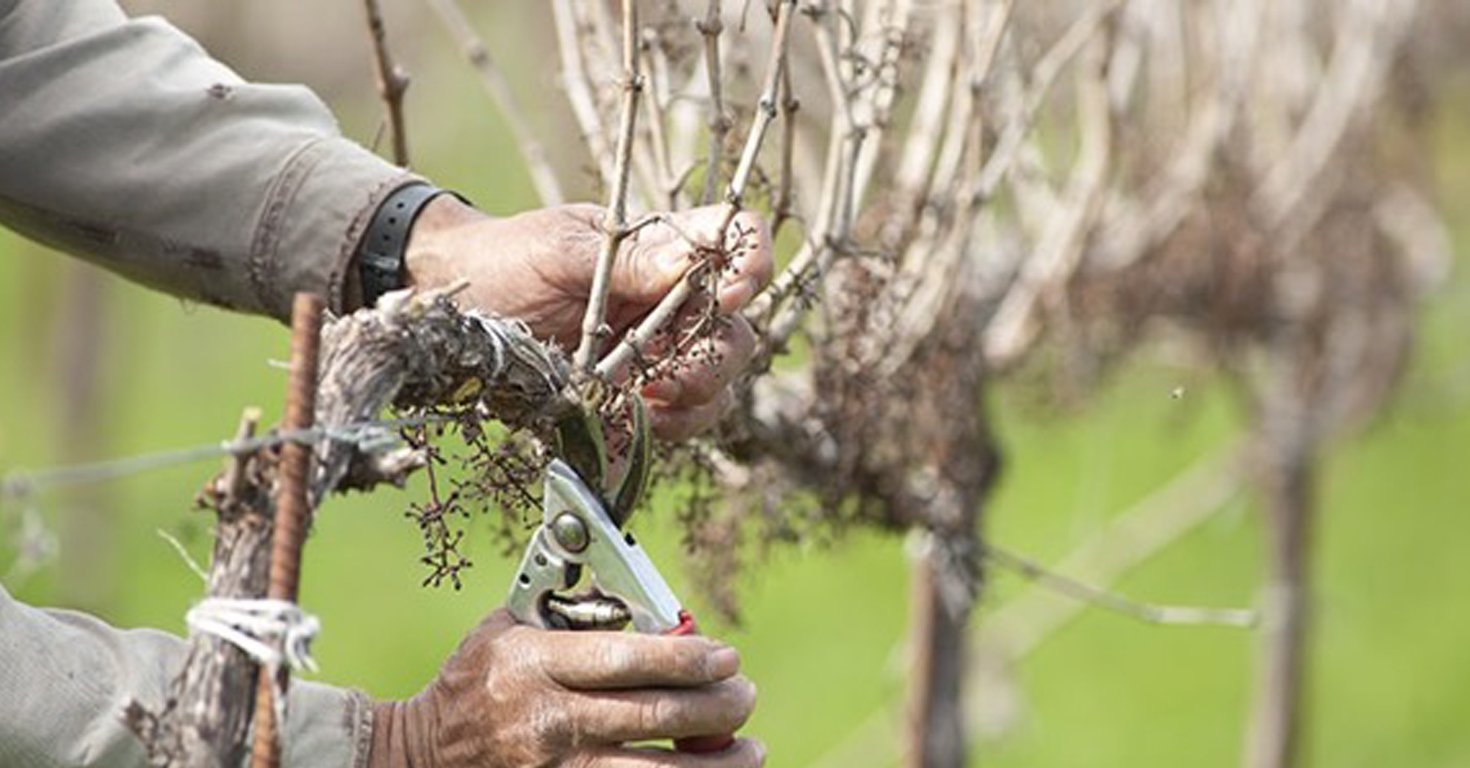 A few years ago, I took a trip to Napa Valley, California, and learned an important lesson about alignment.

The best wine comes from the vines that have been aggressively pruned.

In order to unleash the accelerating power of alignment, your company must also apply the discipline of pruning. For example, you must:

The discipline of pruning allows you to shed the things—and people—that hinder your progress.

Harvard Business School professor Michael Watkins has a great way of explaining this idea, “If ‘the essence of strategy is choosing what not to do,’ as Michael Porter famously said in a seminal HBR article, then the essence of execution is truly not doing it. That sounds simple, but it’s surprisingly hard for organizations to kill existing initiatives, even when they don’t align with new strategies.”

Is your company struggling with the strategy of “more”? Do you suffer from “initiative creep”?

We once worked with a large nonprofit organization. They had just launched a major transformational initiative but were struggling to get everyone—and everything—aligned with it.

I asked the CEO, “Since launching the campaign, what have you stopped doing?”

His answer was, “Ummmm … nothing.”

One of the reasons we use the word “One” all the time is that it forces companies to ruthlessly prioritize.

Every goal is important … which is the most important One?

In addition, when you evaluate everything from the perspective of total alignment, you identify the cost of even small levels of misalignment.

My hunch is that you have people—and things—in your company that are far more misaligned than that.

You must have the courage—and the discipline—to confront and prune them if necessary.

Just like wine, the best results come from the companies that are aggressively pruned.

NOTE: This post is an excerpt from my latest book, Drive One Direction. 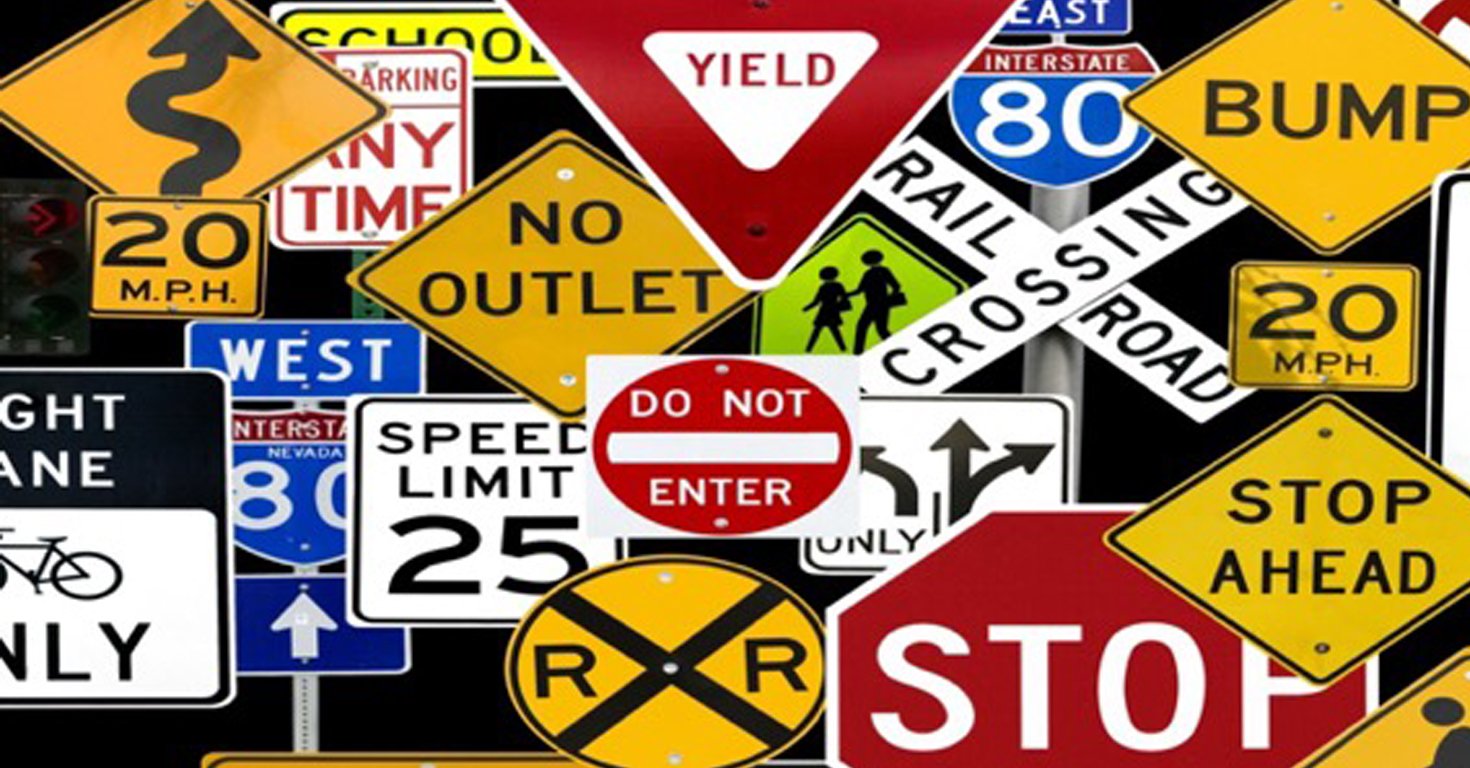 In addition to optimizing each One, you must take the additional step of looking at them holistically.

They must deliver One Message.

This extra step ensures that each of your One(s) is aligned with each other—and this step is critical.

Every research study confirms that most employees are disengaged. One root cause for disengaged employees is something we call “corporate hypocrisy.” This takes place when the company’s words, actions, policies, decisions, and behaviors don’t match.

Awhile back, I worked with a sales executive who had cut his teeth in a hard-core door-to-door sales organization.

The company sold coupons for automotive repair services. Each representative would knock on hundreds of doors every day, facing mindboggling levels of rejection.

Although I have had hundreds of hours of sales training, he taught me something I had never heard before: “The confused mind always says no.”

The corollary for leaders is, “The confused employee always shifts into neutral.”

To prevent your employees from shifting into neutral, you must deliver One Message.

Second, your actions must be aligned with your words.

You can’t proclaim that you value diversity and have twelve white men on the board. You can’t talk about being One Team and tolerate undermining. You can’t promise One Wow! and not deliver it.

The Drive One Direction® methodology is an integrated system. Ensuring that everything is aligned to deliver One Message is a critical step in the process.

You can’t win the race if confused employees shift into neutral.

Comments (0)
View all posts for this blog
Subscribe to The SHIFTPOINTS Blog Quick link: 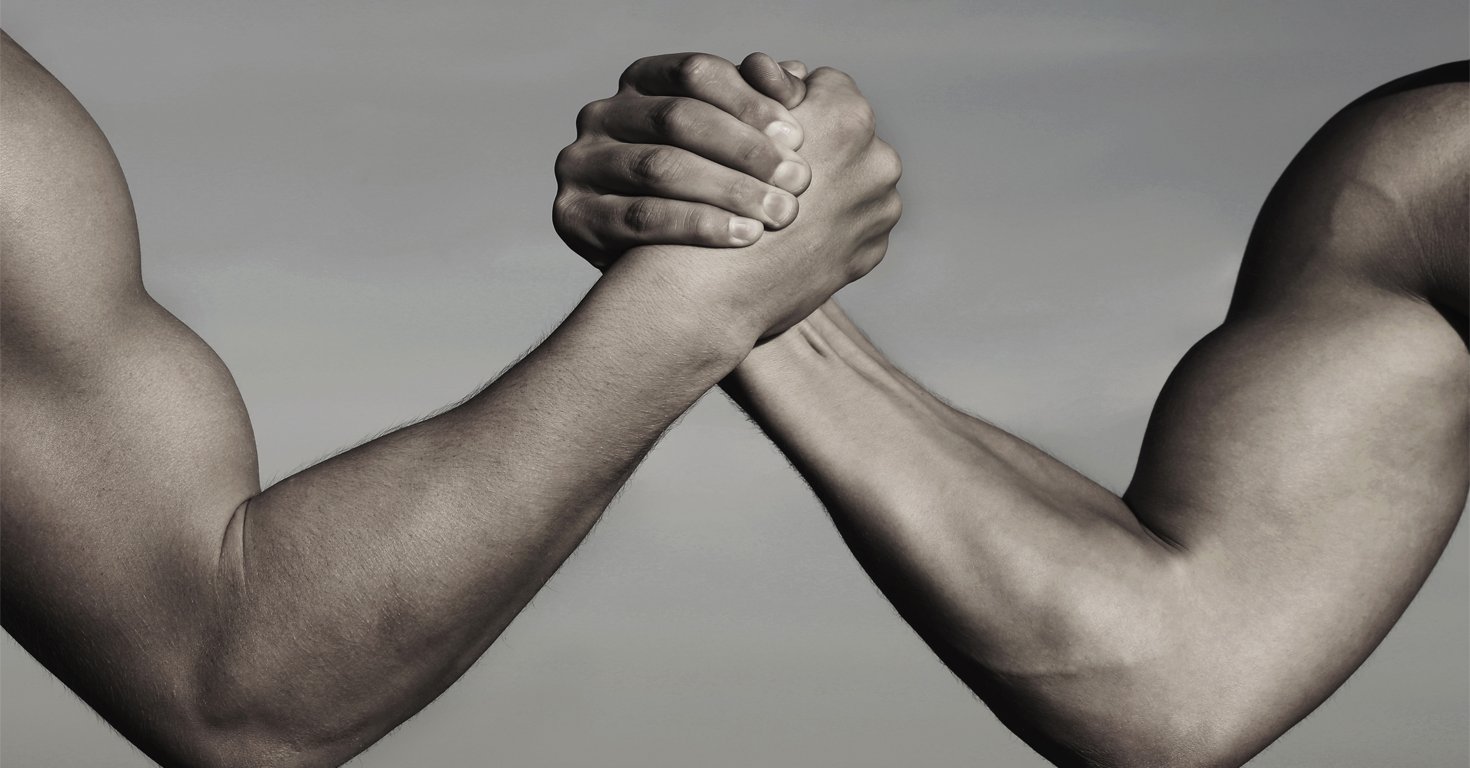 To improve alignment, your executive team will likely have to deal with tough, deep-seated issues.

We strongly recommend that you use the “debate, decide, and align” model.

One of the most dysfunctional and destructive organizational pathologies is “undermining.”

Unfortunately, we see this all the time.

Issues are discussed at the executive meeting. Alternatives are debated. And eventually, a decision about the best course of action is made.

Far too often, what happens next is that executives who did not get their way undermine the decision. Sometimes, their undermining is overt, blatant, and public, such as when executives tell their direct reports, “They made a dumb decision.”

Most of the time, however, the undermining is much more covert. Whispering at the watercooler. Backstabbing in the bathroom. Sniping at Starbucks.

This kind of behavior, especially at executive levels, must never be tolerated.

High-performance executive teams use the “debate, decide, and align” model. Once a decision is made, everyone aligns behind it, even it if wasn’t their preferred course of action.

I recognize that this is difficult. Most people can’t simply turn a switch and become passionate champions for an idea they vehemently disagreed with.

We once worked with a company that was grinding through the process of selecting their One Number.

First, there was a debate about whether using One Number to improve alignment was a good idea or not. Frankly, some executives thought it was unnecessary. Eventually, the CEO decided that it would indeed help the company improve alignment.

That is why creating alignment can be exhausting.

Ultimately, we came to a decision. We would use One Number. We agreed on One Formula and One Target. We launched the idea in a company-wide campaign.

Unfortunately, one executive (who was part of the entire process) refused to comply. Every time he showed his metric in company meetings, he used his own (non-compliant) formula. This was blatant, intentional undermining.

I would have fired him, but the CEO was reluctant to do so because his division was the most profitable one.

Alignment is a choice. And so is undermining.

In some cases, the undermining is intentional and volitional. In other cases, it is passive-aggressive.

Sometimes, the underminer is a single individual, acting alone. In other cases, it is led by a group or coalition. (We once facilitated an executive team offsite where a group of executives came into the meeting with the expressed purpose of leading a mutiny against the CEO.)

You should use the “debate, decide, and align” model to address critical alignment issues.