WHAT DOES ALIGNMENT ACTUALLY MEAN? 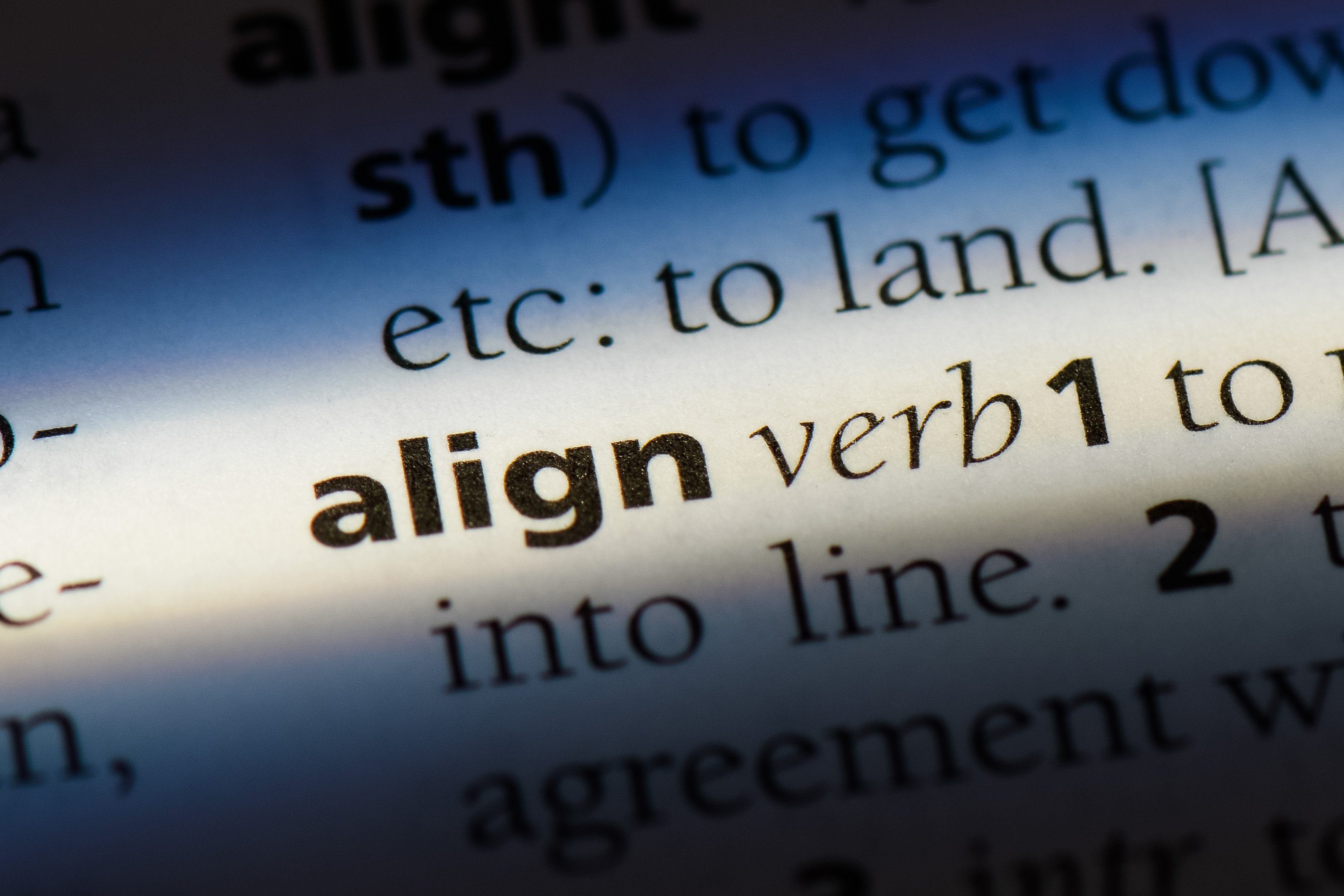 But, what does alignment actually mean?

The etymology origin of “align” is French.  Webster’s says the first known use of the word was in 1693.  Some of the common uses include:

Align is a verb.  Aligned is a past participle.  Aligning is a gerund.  Alignment is a noun.

Okay, enough of that.

What does it mean for your company?

In addition, our review of the research articles about alignment confirmed that even the scholars don’t have a common definition of alignment.

There are multiple reasons for this.

Third, companies have different operating models and management philosophies. (See the chapter entitled One Model.) Some companies run like denominations, and some churches run like corporations.

Thus, every company is different, and you must define alignment in your unique One-of-a-Kind Way.

After all, how can everyone Drive in One Direction if you don’t show them the way?

One Way to get started is to take the One Definition challenge.

Ask a group of people to write a basic definition of the word “alignment.” Share the results around the table. Then, ask them to modify that definition as follows, “What does alignment mean for our company?”